One of the exhibitors at Edinburgh’s first Coffee Festival, will be conducting an experiment at the Festival on 3rd October to try and discover if it is possible to influence the taste of coffee with different music.

Coffee roasting company Roast Central was inspired by watching an experiment carried out on how the taste of wine was altered by the colour of light, which caused them to wonder if it was possible to influence the taste of coffee by sound and music.

Visitors to Roast Central at the Festival will be given a choice of two coffees with different flavour profiles, and will be asked to choose between a number of different music tracks to listen to through headphones whilst sampling the coffee. They will then be required to answer a short list of questions regarding the taste of the coffee they have experienced.

The results will be collated and analysed, with a view to discovering whether it could be possible for the choice of music played in coffee shops to have an effect on how customers perceive the taste and flavour of their cup of coffee.

Edinburgh Coffee Festival, which takes place at Mansfield Traquair on the 3rd of October, will celebrate all things coffee from across Scotland and around the world, from cafés and coffee equipment companies, to interactive workshops, tastings and demonstrations.

Iain Birse, co-owner of Roast Central, had the following to say about the experiment:

“After reading and researching the theory that our senses might not be as separate as we first thought, I was interested to see whether an experiment using sound could reveal more about the way we perceive the taste of coffee.

“We’re really excited about conducting this research at the Edinburgh Coffee Festival, and we’re hoping to produce some interesting results. Depending on the outcome of this trial, we’re potentially going to be working with a University professor to come up with an official outcome about how music and sound can influence taste and flavour.”

The Edinburgh Coffee Festival is
organised by Project R Events 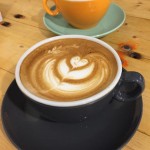 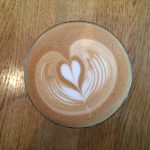