The Edinburgh Coffee Fringe is about celebrating the Edinburgh coffee scene and speciality coffee in general throughout the August festival period.

We have put together a program of cuppings, tastings and general coffee fun throughout the month with the aim of showcasing some of the UK and Europe’s best roasters, at some of Edinburgh’s best cafes. Majority of sessions are free to attend.

Have a browse of what’s coming up and start planning a highly caffeinated Fringe.

For the second Fringe running, Esben Piper and his team from La Cabra in Aarhus will be delivering a talk and a cupping of some of their latest offerings at Cairngorm Coffee on Melville St.
They will be discussing La Cabra’s focus on brightness and transparency in the coffee supply chain and their forays into sourcing coffee directly from producers.
Their event was easily the busiest of last year’s Coffee Fringe and we have no doubt they will smash it once again.

For our second event of this year’s Coffee Fringe, Simon Brown of Falcon Specilaity will be presenting a short talk and a cupping, focussing on coffee production with a tasting of some samples he picked up from his latest trip to Peru. Williams and Johnson are rapidly emerging as a top Scottish coffee roaster and have very kindly agreed to host us.

For the third event (in a row!) at this year’s Coffee Fringe, we have both Dear Green Coffee Roasters of Glasgow and Mercanta Coffee Merchants. They will collaborate with a talk on each company’s history and their grassroots beginnings, the relationship between coffee importers and coffee roasters and finally on current and future trends we can anticipate happening in specilaity coffee.

For the fourth event of this year’s Edinburgh Coffee Fringe it’s a real privilege to have Joel Jelderks come to Edinburgh to talk to us about Cascara. Formerly a Red Bull executive and now part of Panama Varietals, Caskai (a producer of Cascara-based beverages in Austria) and Playa Venao (a cafe and roastery in Panama).
Joel is going to discuss the controversy surrounding the recent EU-wide Cascara ban, the future of Cascara as a beverage and his battles with the beuraucrats in the EU. Among other things, Joel was recently a speaker at the Re;Co symposium in Budapest so it’s a real win to hve him on board.
Hosting the event will be John Thompson at Coffee Nexus. John is a Cup of Excellence Head Judge in several countries, Q Arabica and Robusta Grader, coffee consultant and many more. His thoughts and relfections on the matter will be worth listening to.

For the second last of the annual Edinburgh Coffee Fringe, we have Steve Leighton from Has Bean delivering a talk and a tasting at Filament Coffee’s new digs in Trinity.
Steve was one of the founding members of the UK speciality coffee community as well as being a global figure in the coffee world. Sourcing and roasting coffee since the late 90’s, he’s seen a lot of change and has a lot of knowledge to share. Steve’s talk is titled – “The Problem With My Relationships”.
He’ll be discussing the challenge of buying coffee directly (“relationship coffee”) and we’ll then be cupping seven different varietals from the same farm in El Salvador. So it wil be an very strong coverage of life in green coffee buying.

Jeremy Torz of Union Hand-Roasted will be in Edinburgh again for the annual Coffee Fringe, this time at Cairngorm Coffee on Melville Street.
Jeremy and his partner Steven are two of the founding members of the UK speciality coffee community, roasting first as Torz and Macatonia in the 1990s before moving on to found Union. Union focus not only on quality of coffee but also the quality of life of those individuals that produce coffee. They set up Union Direct Trade, a unique coffee purchasing system which not only guarantees a fair price for the coffee purchased, but also ensures that everyone at farm level has access to all they need to live healthily and thrive.
Jeremy will be discussing development with with producer groups and will focus specifically on a project Union are involved with called the Yayu Wild Forest project. In collaboration with Kew Gardens and the Department for International Development, Union are working to secure the long-term viability of one of the last wild coffee forests in the world. 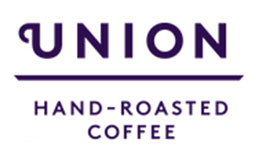 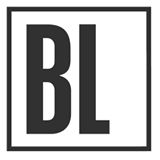 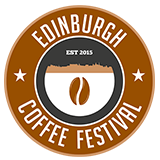